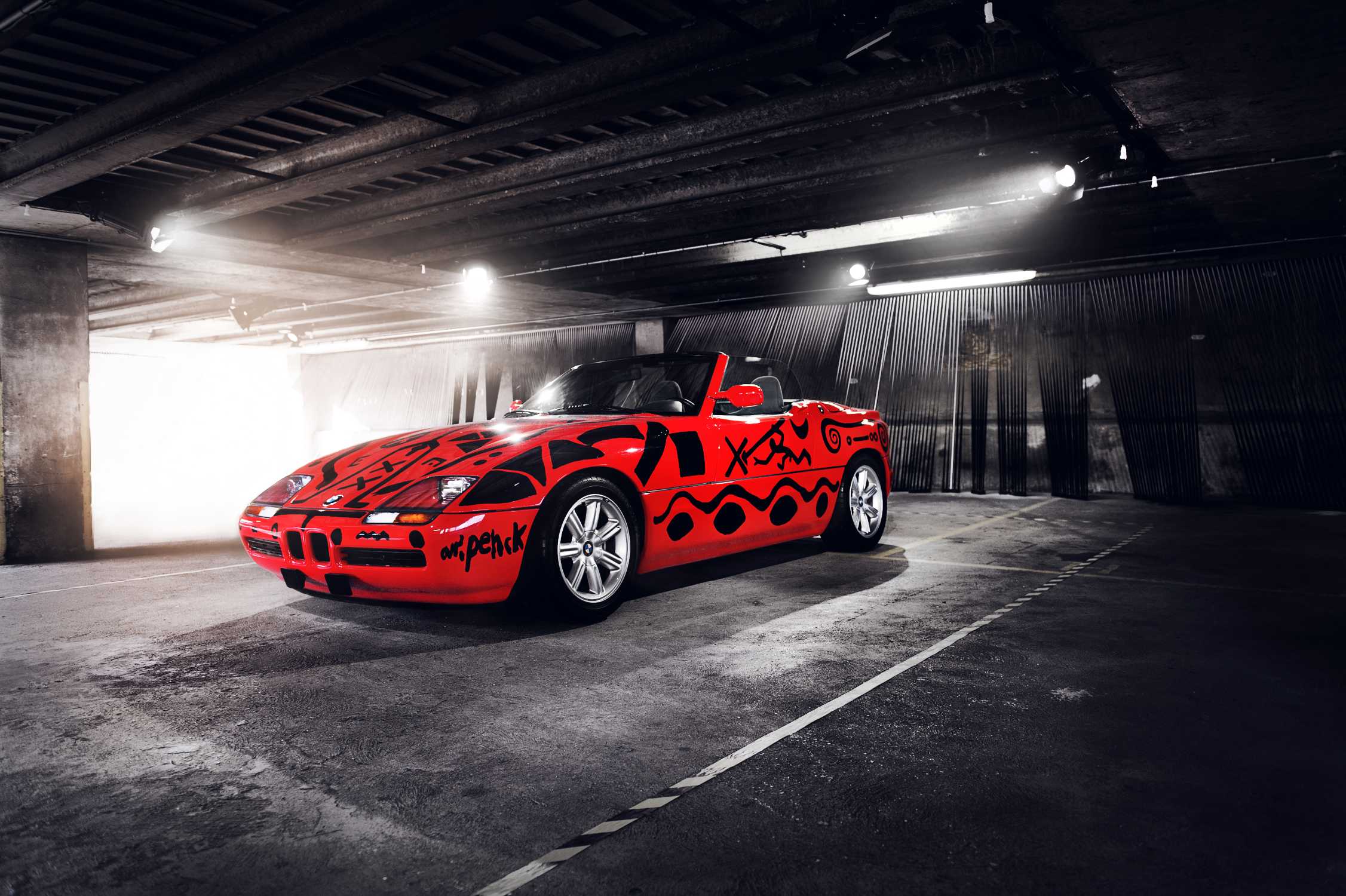 "Art on art, art on technology – that interested me – especially art on a three-dimensional object."

To A. R. Penck, the BMW Z1 is already a "work of art" in itself, worthy of the term Art Car, as the product already reflects the creativity and imagination of designers and engineers. The artist became inspired by technical design, challenging it with his own cosmos, his own sign language. In its simplicity it is reminiscent of prehistoric cave paintings and is, nonetheless, a challenge to the observer, as the figures and signs resulting from a long process of abstraction are codes that have to be deciphered.

A. R. Penck was born as Ralf Winkler in Dresden in 1939. At the early age of 17, the self-taught artist already held his first exhibition. In the years to follow, Penck devoted most of his time to the works of Picasso, Rembrandt and prehistoric cave paintings, the latter of which, in 1960/61, was to result for the first time in the famous silhouetted "Matchstick Man". The study of mathematics, cybernetics and physics increased his knowledge of pictorial language. Penck's works soon became internationally acclaimed and are now to be seen in larger museums throughout Europe, Japan and the USA.

The Art Car designed by Penck was intended solely as an exhibit and was never driven on the road or in a race.