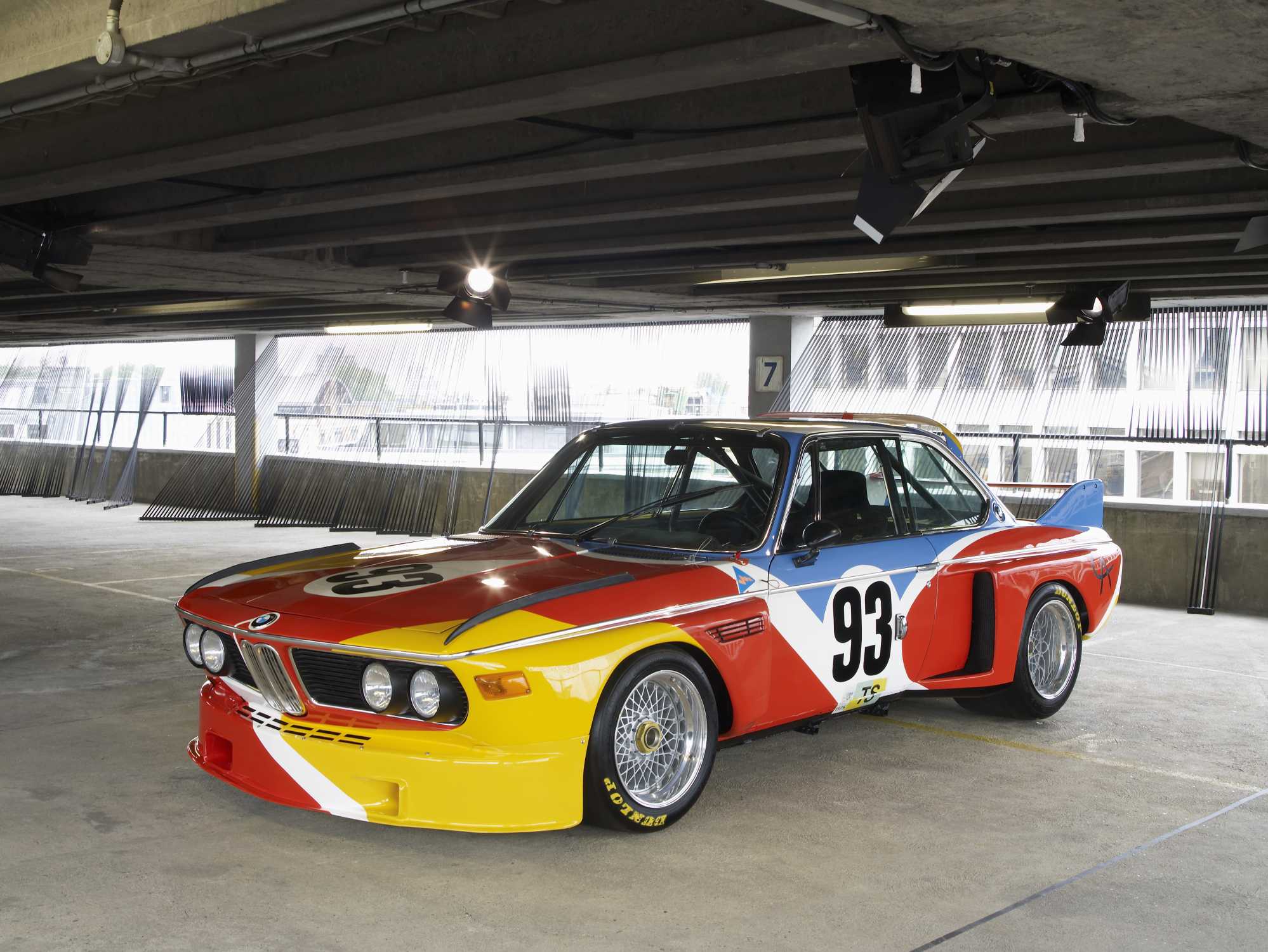 "When everything is perfect, there is no fulfilment."

The BMW 3.0 CSL, with which Alexander Calder laid the foundation stone for the Art Car Collection in 1975, was also one of his final works of art before his death. As a sculptor who normally devised his own shapes, Calder managed to free himself from the formal structure of racing cars and, by painting them, aspired to give them his own distinctive mark. As in the case of his sculptures and mobiles, he used intensive colours and gracefully sweeping surfaces which he distributed generously over the wings, bonnet and roof.

Born in Philadelphia in 1898, Alexander Calder started his career as an engineer, only then to follow in his father‟s and grandfather's footsteps as a sculptor. Feeling drawn equally towards art and technology, he developed his own completely unique form of sculpture, his constructions being enormous but nonetheless light and floating in appearance. He became famous for his abstract mobiles which were hailed by critics as the most innovative American sculptures of the 20th century. He died in New York in 1976 at the age of 78.

In 1975 this Art Car designed by Alexander Calder was driven in the 24-hour race at Le Mans by the American Sam Posey as well as Jean Guichet and Hervé Poulain from France. It was the first and last time the car was used in racing. After seven hours the car had to give up due to a defective prop shaft. The car has been on display since then.