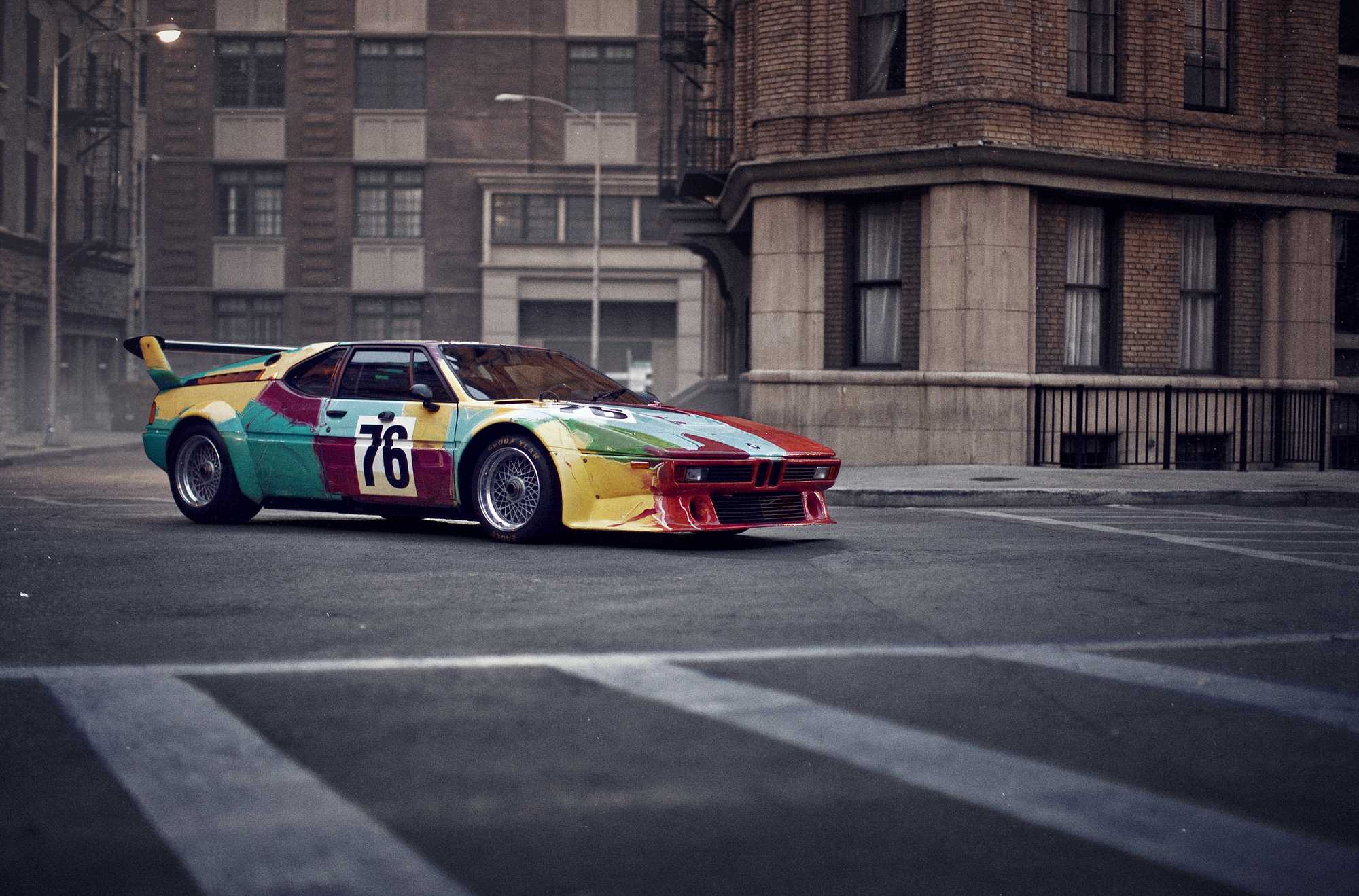 "I love that car. It has turned out better than the artwork."

A person who declares soup cans a work of art or aspires to have a department store closed so that it may be preserved as a museum for posterity, will not see any conflict between technology and creativity. Consequently, this is how he worked. Instead of first designing a scale model and leaving the final completion to his assistants as his predecessors did, the pop art legend painted the BMW M1 from the beginning to the end himself. "I have tried to give a vivid depiction of speed. If a car is really fast, all contours and colours will become blurred".

The name Andy Warhol is the quintessence of pop art. Born in Pittsburgh USA in 1928, he studied from 1945 to 1949 at the Carnegie Institute of Technology. He began his artistic career as a commercial artist and was successful in holding his own exhibition in New York as early as in 1952. In 1956 his work was acknowledged with the coveted "Art Director‟s Club Award". 1962 saw the creation of the legendary "Factory" – a negation and reversal of traditional artistic ideas as it had never been seen before. His celebrity portraits and paintings of trivial objects became famous. Warhol died in New York in 1987.

This work of art on wheels was employed in racing for the first and last time in the 24-hour race at Le Mans in 1979. The M1 designed by Warhol started on the grid with the number 76 and was driven by the German Manfred Winkelhock as well as Hervé Poulain and Marcel Mignot from France. They achieved a sixth place in the overall rating and second place in their class.