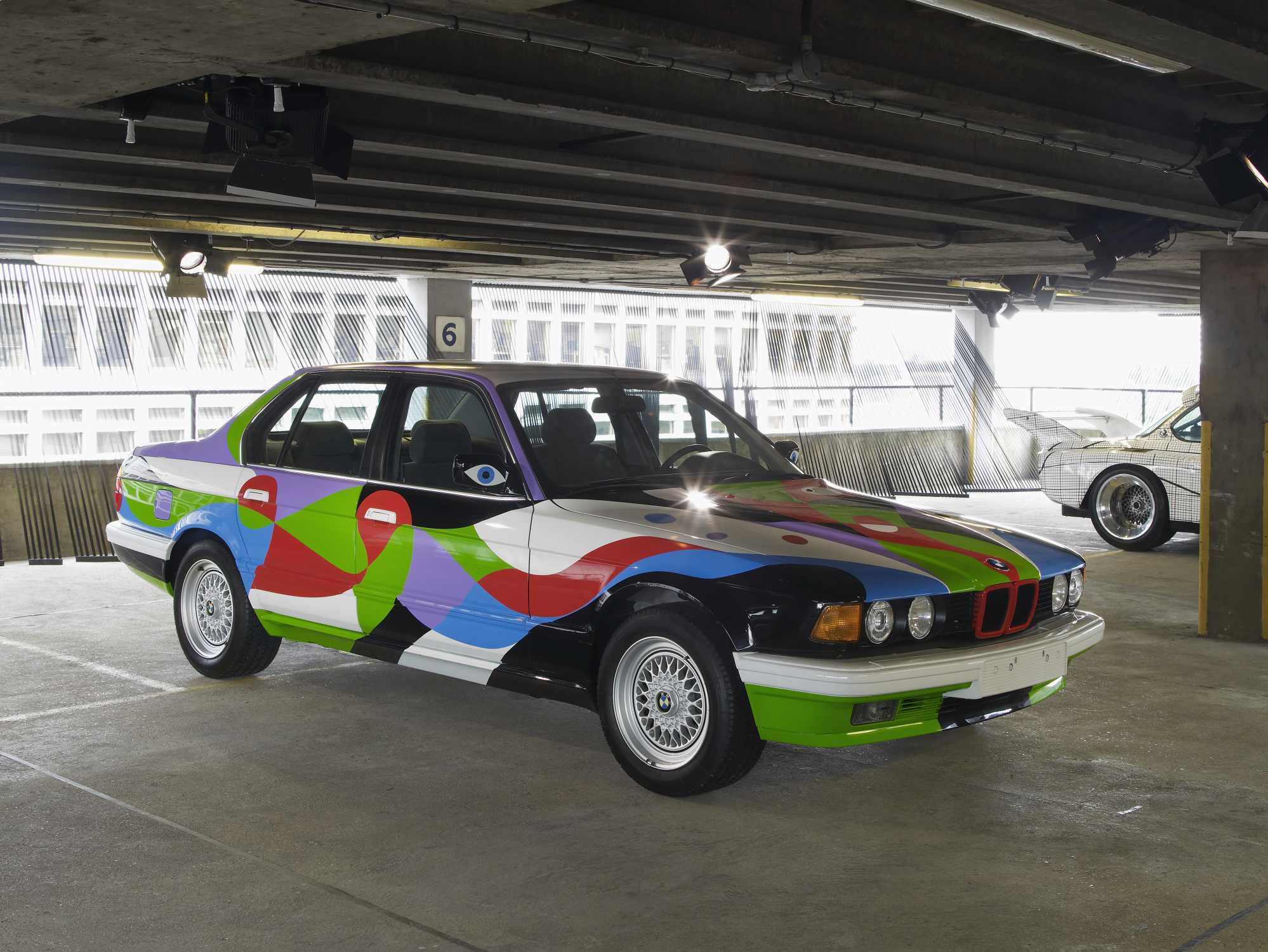 "Therefore, my idea was to design the BMW in such a way as to give the impression of it effortlessly gliding without any resistance."

From Manrique‟s point of view, cars, being an essential part of our everyday lives, have an effect on our townscapes, thereby contributing decisively to the way the world around us looks. When designing the BMW 730i, it was Manrique‟s major intention to "unite in one single object the perception of speed and aerodynamics with the concept of aesthetics". Bright colours and generously sweeping lines integrated into the car‟s contours create the impression of effortless gliding and graceful movement.

Manrique is recognized as a universal talent – architect, sculptor, designer, object artist and painter in one. Around forty years were to pass before his paintings were shown publicly for the first time. He achieved his breakthrough at the Biennale in Venice in 1960. The pictures painted by the ardent ecologist and landscape designer dealt mainly with the theme "Geology and Vulcanism". In both bright and subdued colours he rendered light and lava and their interplay visible. The artist, who was born on Lanzarote in 1919 and died in 1992 at the age of 72.

The Art Car designed by César Manrique was intended solely as an exhibit and was never driven on the road or in a race.