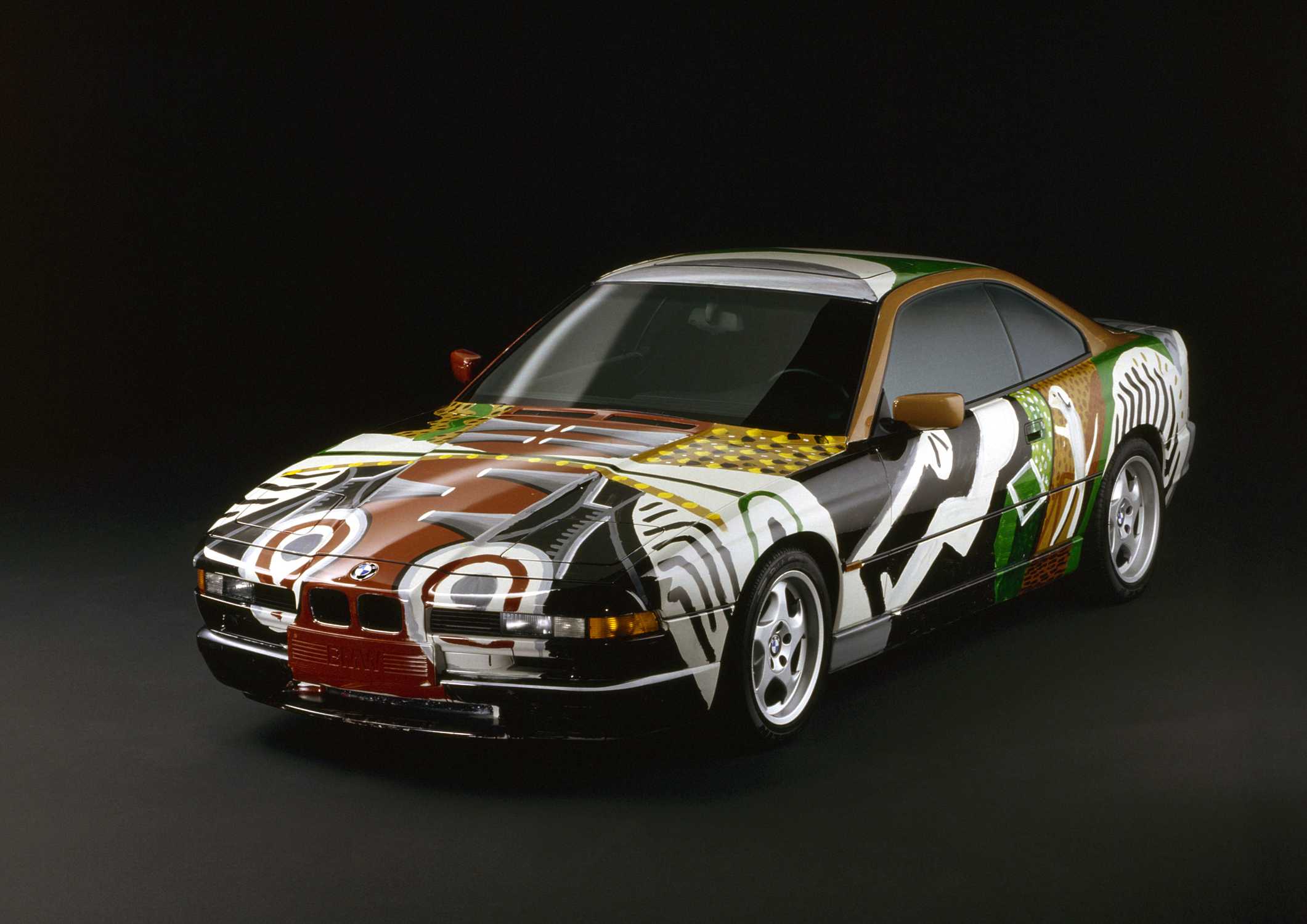 "The car has wonderful lines which I followed."

"BMW gave me a model of the car and I looked at it time and time again", says David Hockney commenting on the process of creating the Art Car. "Finally, I thought it would be a good idea to show the car as if one could see inside." Hockney literally turned the car inside out, making it transparent through unique perception. The bonnet sports a stylised reproduction of the engine‟s intake manifold, the driver is visible through the door, and a dachshund can be seen sitting on the back seat. Details from an abstract landscape render this sensual driving experience perceptible.

Born in England in 1937, David Hockney has been one of the most flamboyant and influential protagonists on the international art scene since the early sixties. He completed his studies at the London Royal College of Art in 1962 and soon belonged to the elite circles of "swinging London". With his work he developed his very own form of international pop art and achieved great popularity. The subject of his work is people and their environment. His pictures depicting the sun, swimming pools, palms and blue skies are particularly well-known.

The Art Car designed by Hockney was intended solely as an exhibit and was never driven on the road or in a race.