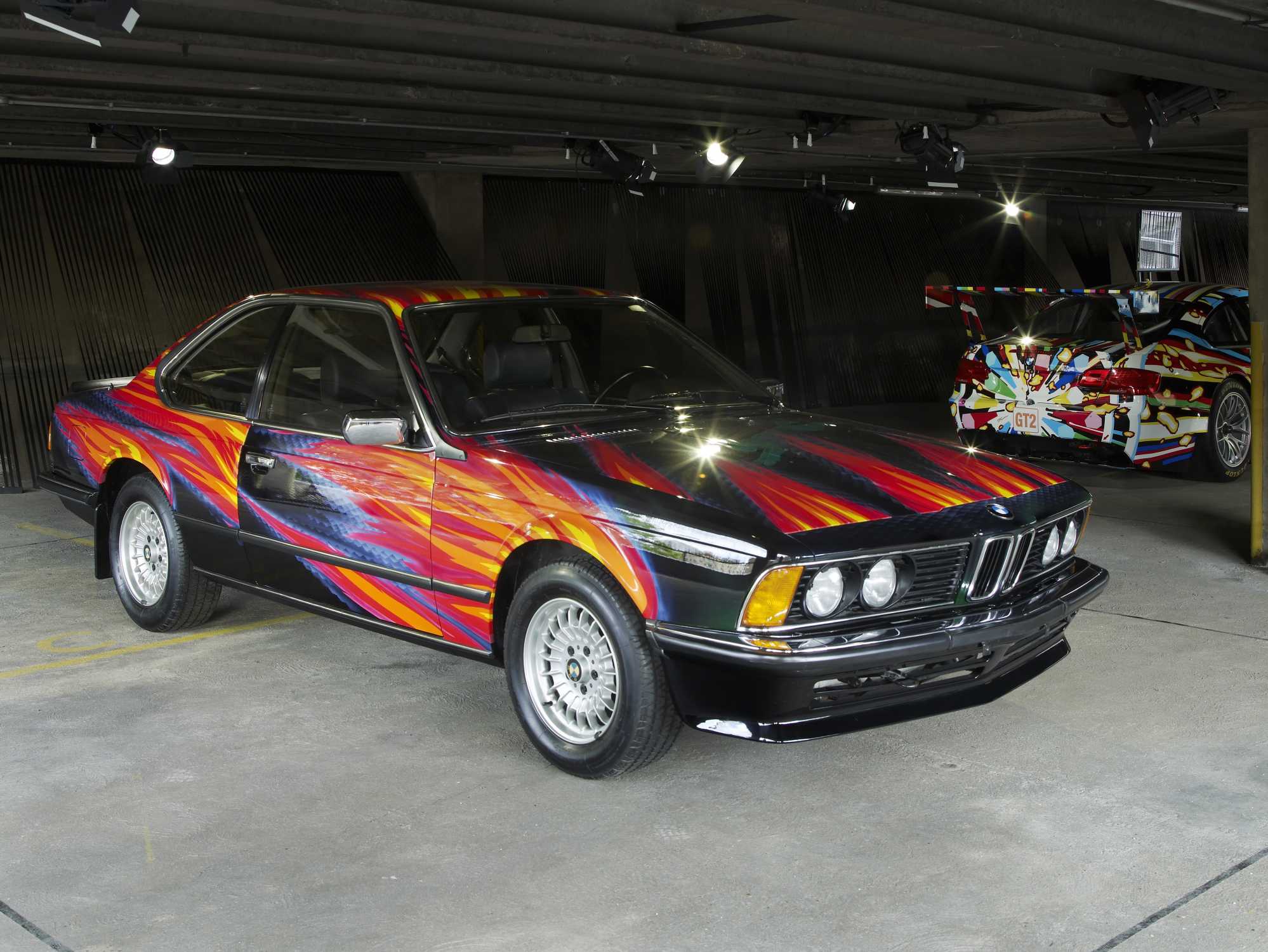 "A machine should not be made to look better. It has its own aesthetics."

The BMW 635 CSi designed by Fuchs was the first Art Car based on a production car. The artist used it solely to project his own imagination – "(…) I call this car "Fire Fox on a Hare Hunt‟. I see a hare at night running across the "autobahn" and leaping over a burning car – a primeval fear and a bold dream of surmounting a dimension in which we live. It shows me its colours, I read them in its lines, in its contours, I hear its voice calling out emphatically and see that beautiful hare leaping through the flames of love, averting all fears."

Ernst Fuchs, who was born in Vienna in 1930, studied sculpture and painting between 1943 and 1950. In the late 1940s he founded the "Vienna School of Fantastic Realism" along with other young artists. Until 1961 Fuchs lived and worked mainly in Paris together with his fellow countryman Friedensreich Hundertwasser. From 1974 he devoted himself, inter alia, to music theatre as well as the design of scenery and costumes. With his increasing interest in poetry and music, his paintings became more intense in colour.

The Art Car by Ernst Fuchs was intended solely as an exhibit and was never driven on the road or in a race.