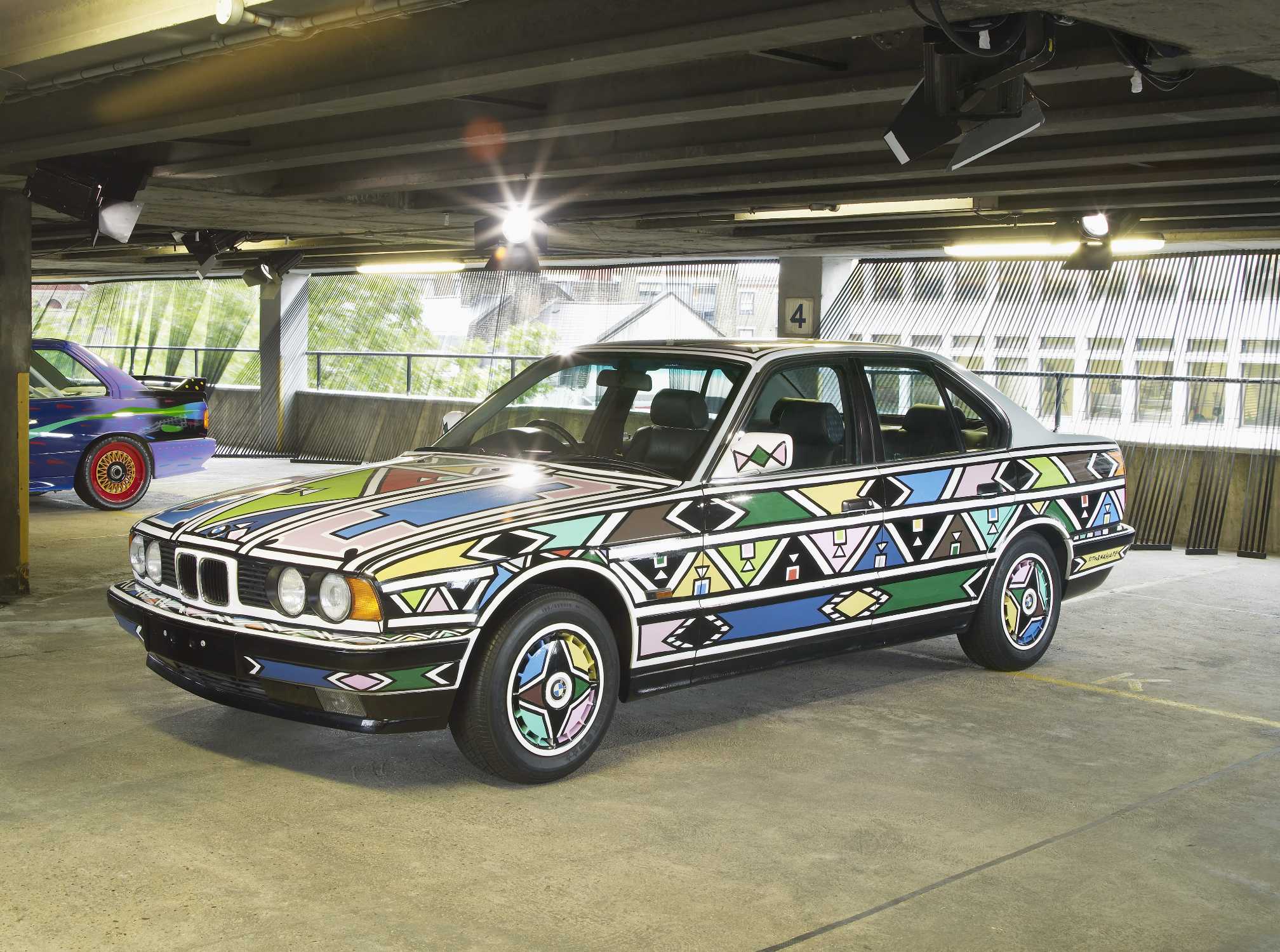 "Ndebele art has, in an entirely natural way, something slightly formal but very majestic about it; through my work I have added the idea of movement."

"My art has evolved from our tribal tradition of decorating the home," says the African painter Esther Mahlangu commenting on her work. By painting the BMW 525i she has passed on her tribe‟s traditional means of expression to an object of contemporary technology. In order to develop a feel for the completely new medium, she initially painted the door of another BMW before beginning with the design of the Art Car. Within one week she had transformed the car into a masterpiece of African Ndebele art.

She is the first female Art Car artist Born in South Africa in 1936, Esther Mahlangu was taught the traditional painting technique of the Ndebele tribe by her mother. The stylistically distinctive and well-known wall paintings featuring the typical Ndebele pattern are created exclusively by women. Today Esther Mahlangu is considered the leading representative of this art form, having achieved international acknowledgement for her work. Through her art she upholds the traditions of her tribe and already began passing on her knowledge to her daughter many years ago.

The Art Car designed by Mahlangu was intended solely as an exhibit and was never driven on the road or in a race.