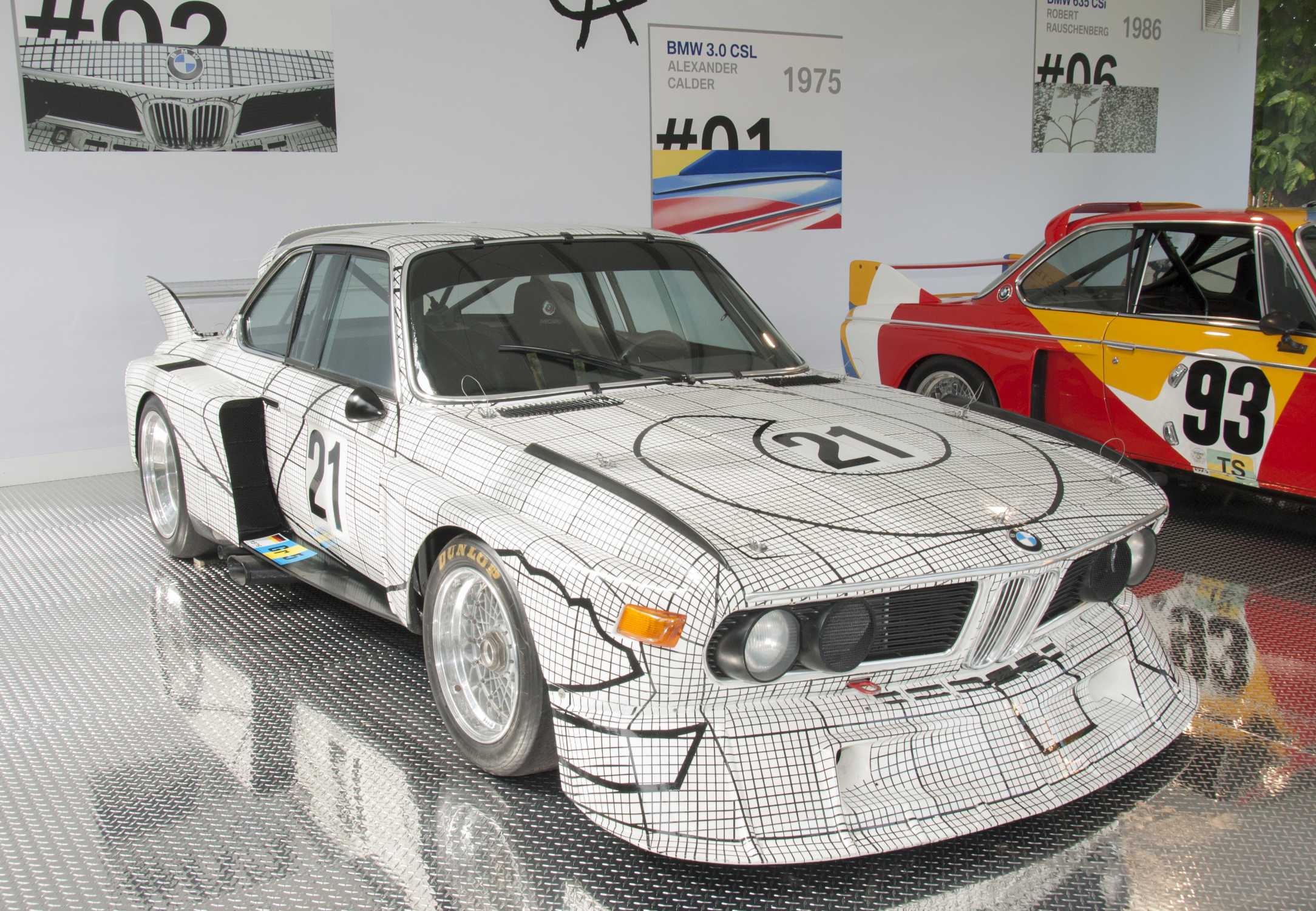 "My design is like a blueprint transferred onto the bodywork."

When designing the BMW 3.0 CSL, Stella disassociated himself from his random style to seek inspiration from the technical fascination of the racing coupé. He created a black and white square grid, its precision reminiscent of oversized graph paper. This graph paper pattern ran across the entire bodywork, formally capturing and accurately describing every curve and every indentation. The design of the Art Car marked the turning point into three-dimensionality.

At the early age of 14, Frank Stella, who was born in Malden, Massachusetts in 1936, began studying art at the Phillips Academy in Andover, USA. After studying history at Princeton University, USA, he set up a studio in New York. It was then that the "Transitional Paintings" and "Black Paintings" emerged. At the age of 23, he held his own exhibition in the Museum of Modern Art in New York. During the sixties his "post-abstract" pop art colour paintings took their place in art history. From 1960 to 1980 Stella exhibited his work all over the world. He later devoted most of his time to relief paintings.

In 1976, Stella‟s coupé took part in the 24-hour race at Le Mans – a particularly exceptional premiere for the work of such an ardent motor racing enthusiast. Unfortunately, however, as a result of technical problems, the car did not achieve a placing, as was also the case in the 500 km race at Dijon on 5th September 1976.