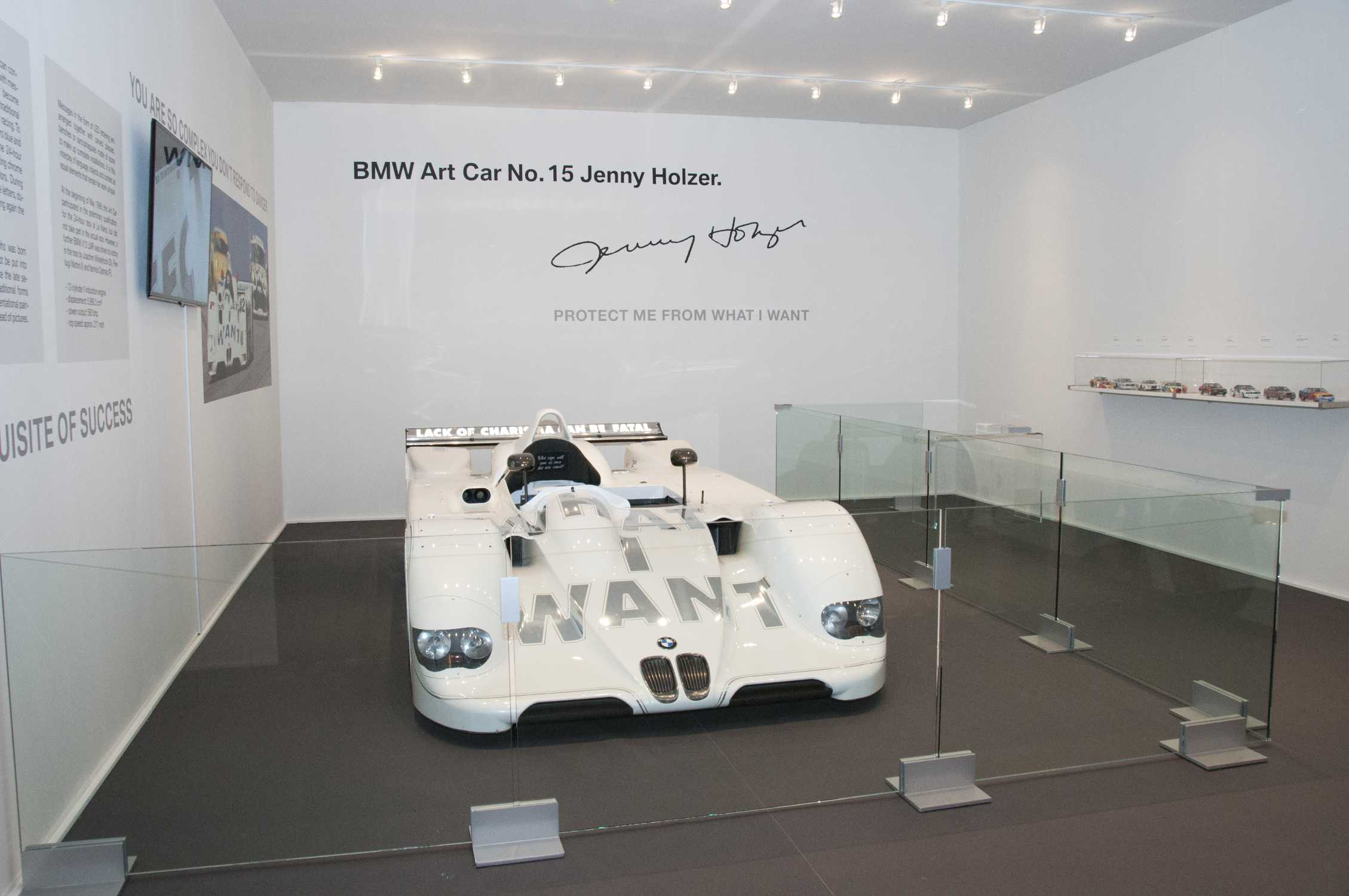 PROTECT ME FROM WHAT I WANT THE UNATTAINABLE IS INVARIABLY ATTRACTIVE YOU ARE SO COMPLEX YOU DON'T RESPOND TO DANGER LACK OF CHARISMA CAN BE FATAL MONOMANIA IS A PREREQUISITE OF SUCCESS WHAT URGE WILL SAVE US NOW THAT SEX WON'T?

The Art Car designed by the American concept artist Jenny Holzer is adorned with messages which "will probably never become void". Her concept is based on traditional colours and materials used in motor racing. To allow the characteristic BMW colours blue and white to remain visible during the 24-hour race at Le Mans, she used reflecting chrome letters and phosphorescent colours. During the day the sky is reflected in the letters, during the night the foil is desorbing again the saved daylight in blue.

The work of Jenny Holzer, who was born in Ohio, USA, in 1950, cannot be put into conventional categories. Since the late seventies, she has rejected traditional forms of expression such as representational painting, working with words instead of pictures. Messages in the form of LED lettering are arranged together with carved plaques, benches or sarcophaguses made of stone to make up complete installations. It is this interplay of language, objects and context as equal elements that render her work so unique. Jenny Holzer is the most consistently exhibited artist worldwide.

At the beginning of May 1999, this Art Car participated in the preliminary qualification for the 24-hour race at Le Mans, but did not take part in the actual race. However, a further BMW V12 LMR was driven to victory in the race by Joachim Winkelhock (D), Pierluigi Martini (I) und Yannick Dalmas (F).