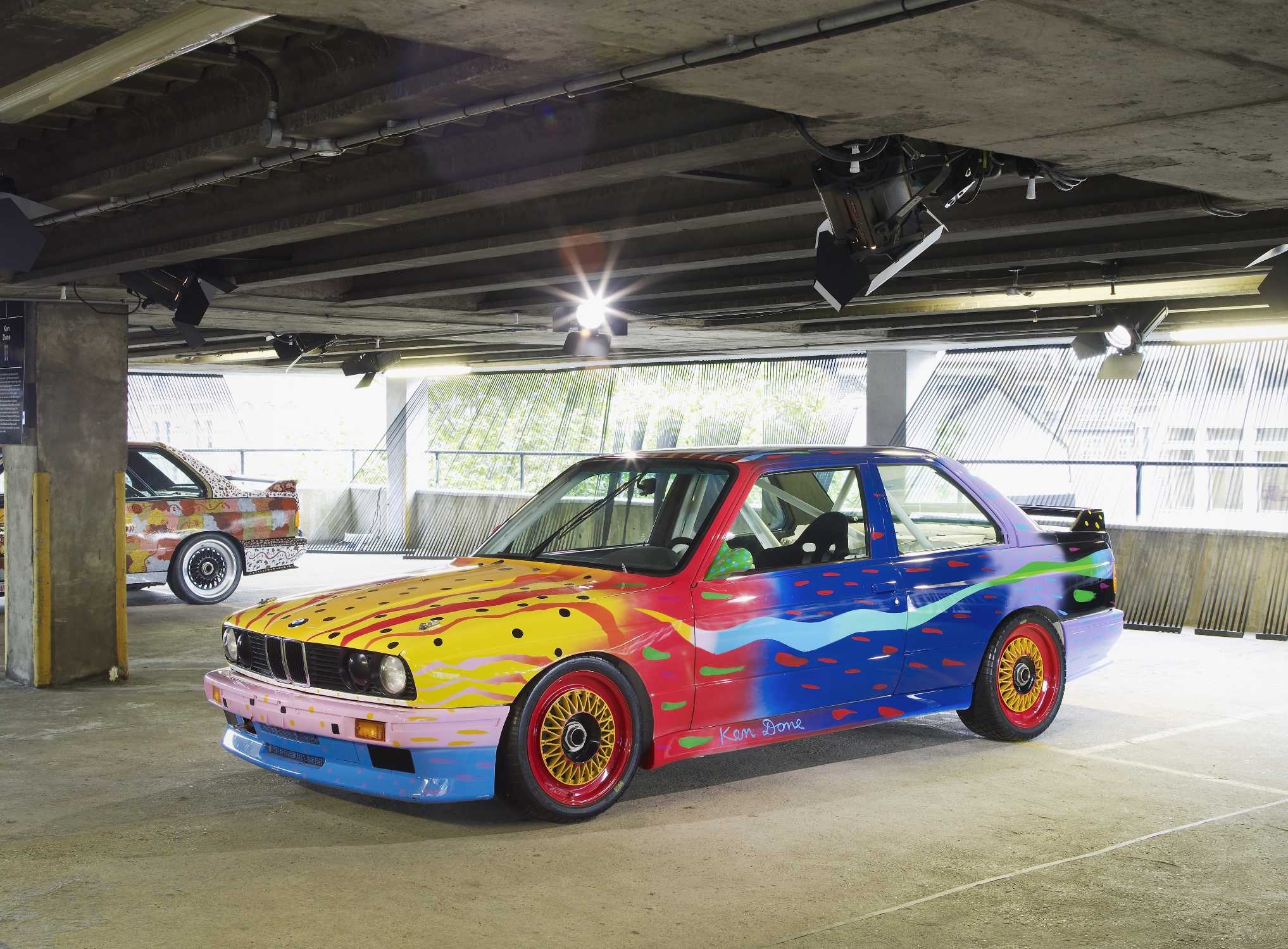 "I have painted parrots and parrot fish. Both are beautiful and move at an incredible speed. I wanted my BMW Art Car to express the same thing."

From the very beginning, Done knew exactly how the car should be designed. On the one hand he wanted the paintwork to express some of the fascination he held for this high-performance car. At the same time, however, it also had to be typically Australian, reflecting the vitality of his homeland. Done decided in favour of the exotic colours of parrots and parrot fish which, in his view, had two characteristics in common with the BMW M3 – beauty and speed.

At the early age of 14, Ken Done, who was born in Sydney in 1940, began studying art at the National Art School. In the late seventies, after twenty years as a commercial artist in Sydney, New York and London, he began painting full-time. Done held his first exhibition in Sydney in 1980, soon becoming one of the most significant painters on the Australian continent. In 1988 he was commissioned with the design of Australia‟s and the United Nations' pavilions at the EXPO in Brisbane, Queensland. His paintings feature vivid colours and brush strokes portraying the typical face of Australia.

The M3 designed by Ken Done is also from BMW Australia‟s motor racing section headed by the well-known racing driver, Frank Gardner. The car was employed in 1987 by the JSP BMW team, being driven to victory by Jim Richards in group A of the Australian Drivers‟ Championship. In 1988 the M3 raced only once, after which it ceased to participate in competitive sport.