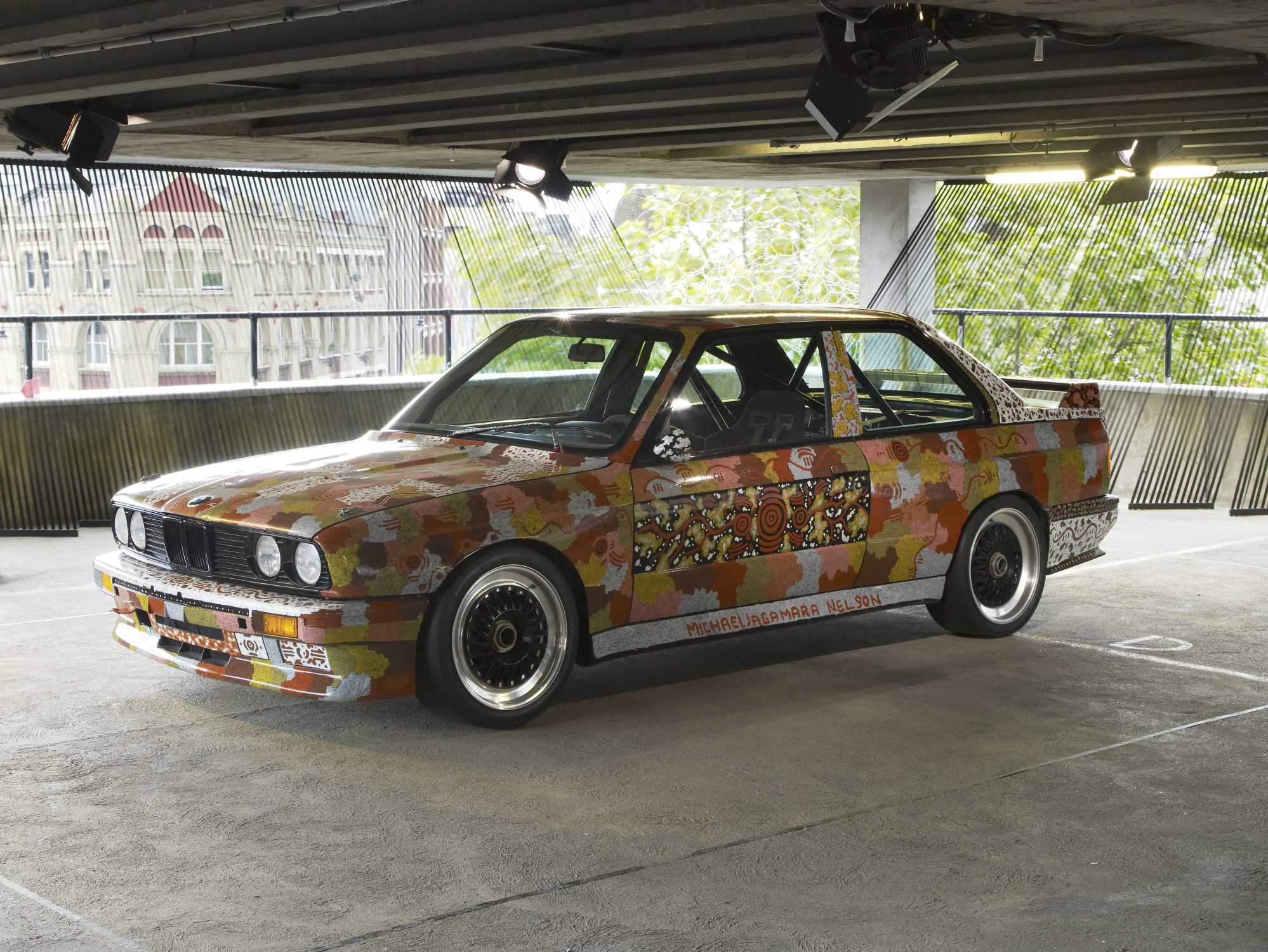 "A car is a landscape as it would be seen from a plane – I have included water, the kangaroo and the opossum."

After seven days of hard and meticulous work, the Australian artist Michael Jagamara Nelson had transformed the black BMW M3 into a masterpiece of Papunya art. However, the geometric shapes only appear to be abstract. To the expert they reveal kangaroos or emus. Papunya paintings embody religious myths ("Dreaming") passed on for thousands of years by generations of Aborigines in the form of rock and cave paintings. They constitute their cultural roots and are a source of inspiration for the future.

The artist, who was born in Pikili, Australia, in 1949, is a member of the Warlpiri tribe and grew up in the Aborigine tradition. He learnt the ancient painting techniques used by his ancestors from his grandfather and developed a new style based on them. Since the mid-eighties Nelson has been considered the leading representative of the Papunya-Tula movement. His outstanding work includes a large mosaic, which stands in front of the Australian parliament building in Canberra, and an impressive looking wall in the foyer of the Sydney Opera House.

The M3 designed by Nelson comes from BMW Australia‟s motor racing section which was then headed by the well-known racing driver Frank Gardner. In 1987 Tony Longhurst drove this car to victory in the Australian AMSCAR Championship. The M3 was employed by the Mobil 1 racing team in 1988. It was driven by the Australian several-times champion Peter Brock.