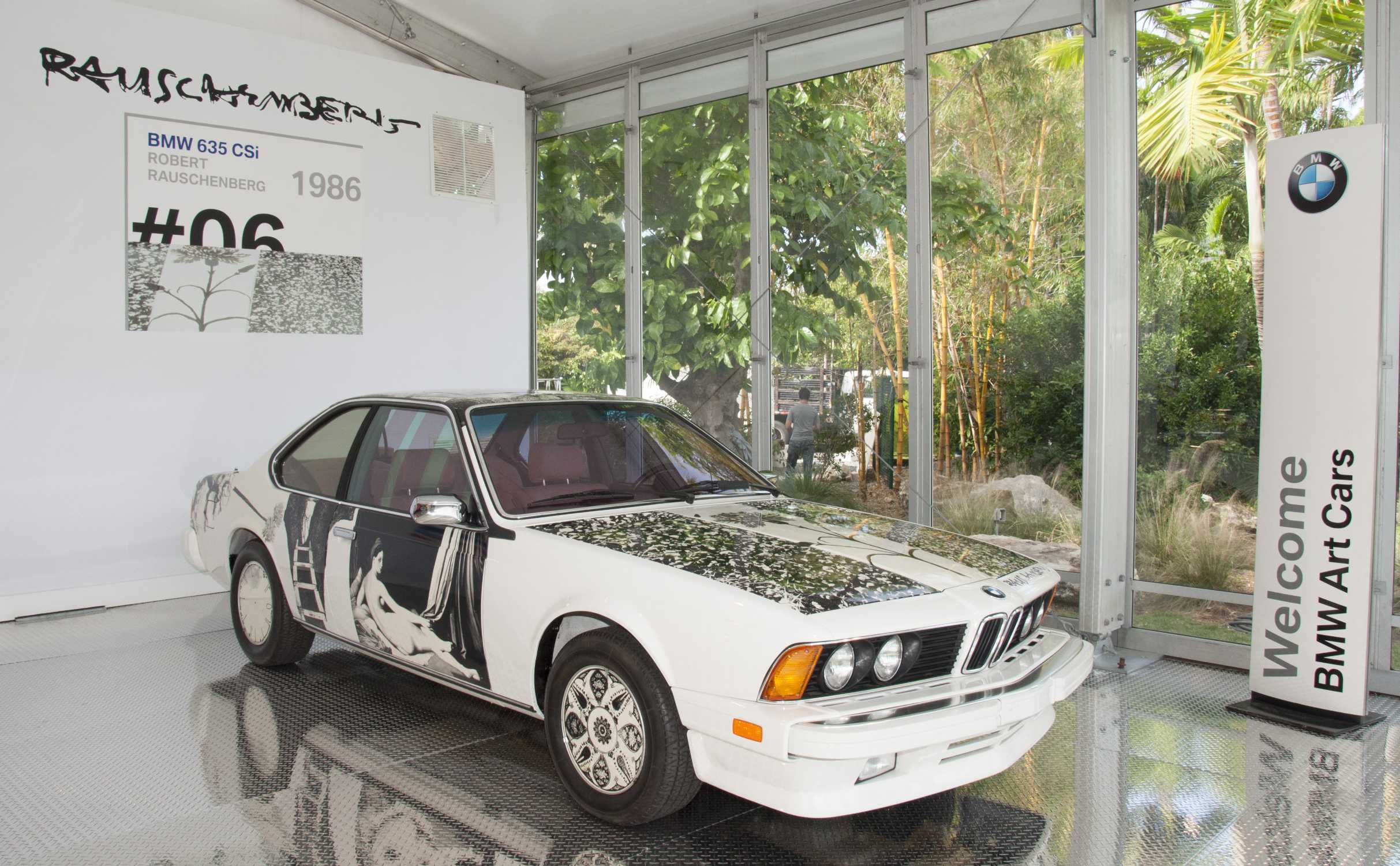 "I think mobile museums would be a good idea. This car is the fulfilment of my dream."

Rauschenberg was first to use other artists works which he processed by means of photographic techniques and projected onto the car. For example, on the left we see Bronzino‟s "Portrait of a Young Man", and on the right a painting by Jean Auguste Dominique Ingres. His own photographs of trees and swamp grass point to the environmental problems associated with the motor car. The "hub caps" are formed using photographs of antique plates. The associations between the narrative elements are grouped along the surfaces, composing a virtual story for the observer to behold.

Rauschenberg was born in Port Arthur, Texas, in 1925 and was one of the artists who paved the way for American pop art. After studying art, he started designing scenery and costumes for theatres all over the world. Later he experimented with photographic designs, painted in the style of abstract expressionists and finally discovered his own personal style in "Combine Painting" – a collage technique integrating real objects and photographs from live media reports into the abstract painting. To this day, artists are still inspired by his radical approach.

The Art Car designed by Robert Rauschenberg was intended solely as an exhibit and was never driven on the road or in a race.