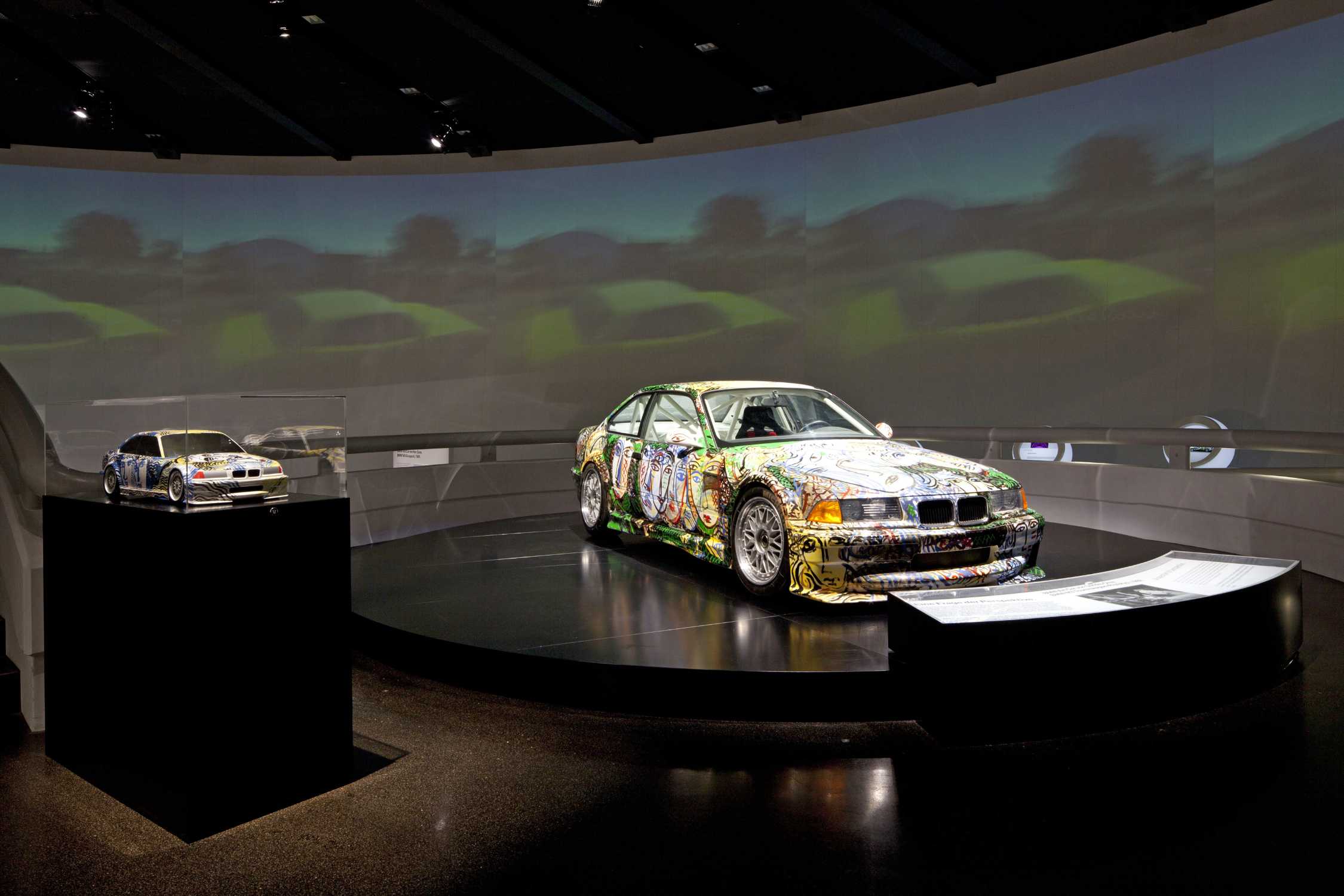 "I have created both a picture and a world. Everything that is looked at closely turns into a face. A face is a focus, a focus of life and the world."

"Paint me, paint me!", the racing car‟s surface had called out to him, said Sandro Chia. So he started to paint, painted faces and a sea of intensive colours until the car‟s whole bodywork had been completely covered. "The automobile is a much coveted object within our society", said Sandro Chia commenting on his work. "It is the centre of attraction. People look at it. This car reflects those looks." The design of the Art Car was not his first artistic involvement with an automobile. Even as a child he painted graffiti on cars.

The renaissance city of Florence, where Sandro Chia was born in 1946, is the world of his childhood and his youth, a world in which he learned to take a playful and relaxed approach towards the fine arts. As early as in the seventies he displayed his work at important individual exhibitions and was soon recognized as one of the most significant artists of the Italian Transavanguardia. He sees himself as a neo-expressionist, his figurative painting revealing signs of having been influenced by Carrà, de Chirico, Picasso as well as Montegna and Giorgione.